I’m on a mission to figure out how to use my new Instant Pot. And as part of that mission I’m sharing my first 30 Instant Pot recipes with you.

Actually, I’m not exactly sure “recipes” is the best word.

EXPERIMENTS is probably a better way to describe what I’m doing.

But I don’t know anyone who does a Google search for INSTANT POT EXPERIMENTS sooooo….there you go.

BTW I’m not an Instant Pot affiliate…I just think it’s a nifty gadget. And if you’re reading this I’m kinda assuming you already own an IP.

Anyway, the other day when I (accidentally) picked up a pork roast at the grocery store I also grabbed a butternut squash because Bubsie LOVES his butternut squash purees and I figured it would be pretty hard to screw this up. 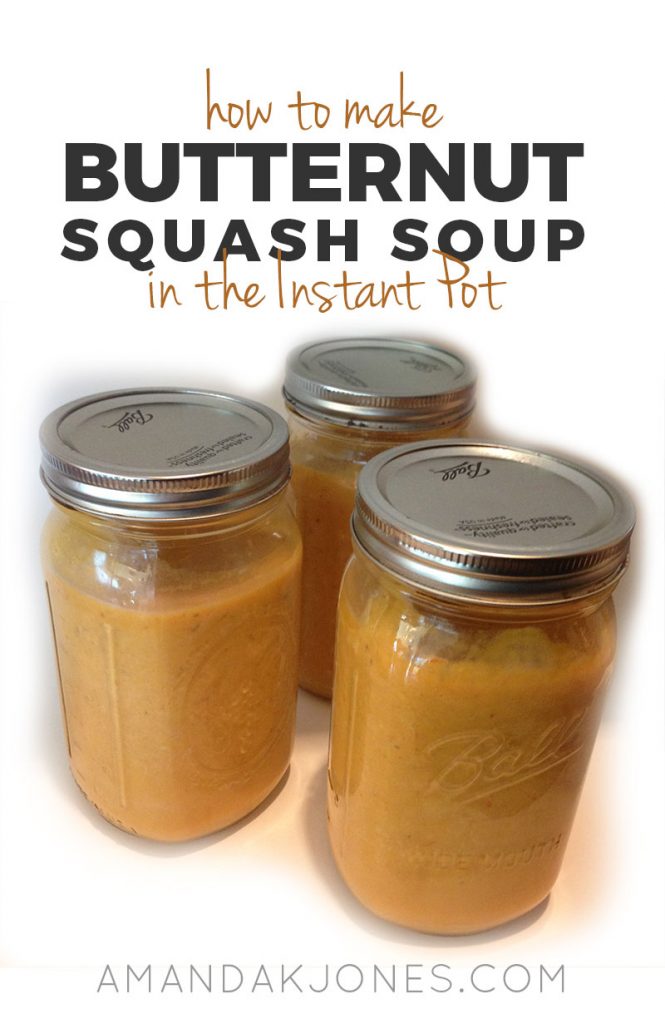 At first I took to Pinterest to find something that didn’t look too complicated. I also had an extra red pepper laying around (gotta love those 10 for $10 deals!) and planned on using that too in my soup. I found one recipe from Savory Made Simple that matched closely to what I had in mind and I adapted it slightly based on my taste buds and what I had laying around in my kitchen.

So here’s how it all went down…

1 whole butternut squash, peeled + chopped (when I measured it out it was 2.5 lbs)
1 red pepper, sliced
1 small onion, sliced
handful of parsley (maybe around 1/4 cup or so?)
3 cloves of garlic, peeled
4 cups of vegetable stock
1.5 cup heavy whipping cream (you could sub out for 1 can coconut milk)
your choice of seasonings (I just used salt, pepper, oregano)

Sorry I don’t really measure out my seasonings (I swear my measuring spoons have tiny legs and are never in the same place twice). I just toss in whatever looks good so just try to use your best judgement! My advice is to always err on the side of caution and add less than you think it needs and then when you do a taste test at the end you can add more. 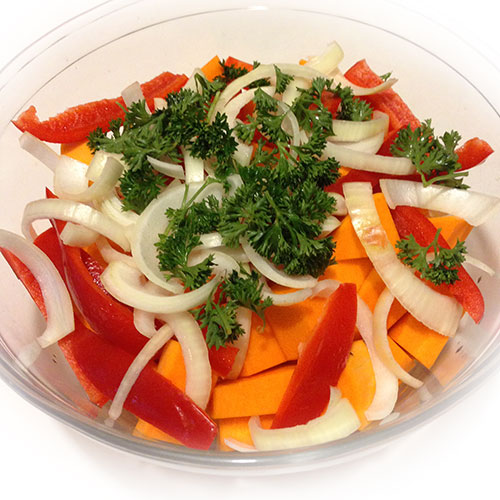 1. Put the squash, red pepper, onion, parsley, and garlic in the Instant Pot.
2. Add the veggie stock and salt and pepper.
3. Close the lid, make sure the steam release is set to the SEALING position and then set on MANUAL HIGH PRESSURE for 30 minutes. When the 30 minutes is complete do a QUICK RELEASE and then open the lid as soon as the float valve falls down (that’s always my favorite part!)
4. With a whisk or other kitchen utensil chop up the veggie bits until they’re mostly disintegrated.
5. Add the whipping cream and then add your choice of seasonings (I just added a sprinkle of oregano).
6. With an immersion or regular blender blend the soup until it’s smooth.

If you’re using a regular blender I highly recommend letting the soup cool off for at least 15 minutes before you go blending it all up. IT WILL BE HOT. I pulled out the liner (with oven mitts of course) and let it hang out on a cooling rack for a while. Sadly I don’t have an immersion blender so it was quite the process going back and forth between the blender (it took 4 cycles with the blender to get it all done) but it all seemed to work out in the end. 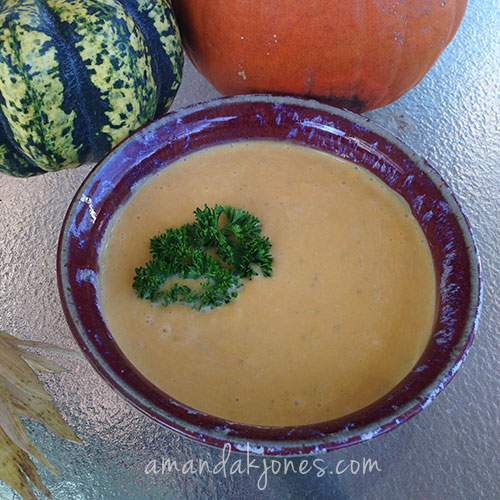 Hubby took a pass (apparently veggies only don’t make a proper soup) but Bubsie thought it was great!

If you have comments or questions about this recipe feel free to hit me up on my Facebook page.