OK-OK…yeah I know I’m a couple weeks behind with this post but better late than never right?!? A couple weeks ago around 9,500 Beachbody coaches all came together for our annual SUMMIT conference. We mingled, we got inspired, we worked out, we learned, we waited in a lot of lines and we had a BLAST!!

This year the conference took place at the MGM Grand in Las Vegas for the third (and last) time. I’m looking forward to a new venue next year at the Music City Center in NASHVILLE!!! I’ve been to Nashville several times before but it’s been a long time and I can’t wait to go back!

I’ll write a separate post to review some of my favorite moments from Summit (seriously…I WILL!!) but I wanted to dedicate THIS post to what we can look forward to during the next few months as Beachbody geeks!!

During the large general sessions at Summit we all sit together inside the Grand Garden Arena (next year the group sessions will take place at the Bridgestone Arena in downtown Nashville). The majority of these announcements were made during the first general session on Thursday afternoon.

I’ll list them in the order they were announced!

The 21-Day Fix program is now available in Spanish! This includes the workouts themselves as well as the program guide and other written materials that come with the program. There are NOT subtitles for the DVDs, it’s a person speaking Spanish because when you’re busy doing a workout it can be very difficult to read subtitles!

The 21-Day Fix Spanish Version Challenge Pack is currently on sale for $140 during the month of July.

I’m a firm believer that when it comes to nutrition the best study you can do is the one you perform on yourself. 🙂 But it’s good to know that Shakeology has now been clinically proven to be effective when it comes to weight loss over time, lowering cholesterol, and improving blood sugar levels. The study was done by Medicus Research over a period of 90 days with 50 participants who did not change their daily routine, exercise or overall eating habits during the course of the study. The ONLY change they made was drinking Shakeology everyday.

I’m especially excited about this one! Sometime around August there will be an app available that will help coaches and their challengers stay accountable to their daily nutrition and exercise goals. It will be similar to MyFitnessPal but tailored more towards Beachbody exercise and nutrition programs! I can definitely see this as a way to enhance our online challenge groups!

This is something else that I’m SUPER excited about!! In the Fall of 2014 Beachbody will release P90 which is a new and improved version of the original Power 90 program. Tony Horton calls P90 the “on switch to fitness” and was created for people who are just getting started with their fitness journey and may be intimidated by the more traditional Beachbody programs like P90X. This program is going to help A LOT of people!!

If you want to be notified as soon as P90 becomes available you can sign-up here: http://www.P90TBB.com?referringRepId=44769

And check out the promo video!!

Yes…FINALLY!! Beachbody has created a MUCH better replacement for the unofficial 3-Day Shakeology “Cleanse” that so many coaches were promoting. Not to pat myself on the back too much (OK maybe just a little bit) but I was never a fan of the 3-Day Shakeology cleanse for the exact same reasons that Isabelle Daikeler explains in this video….Shakeology was never created for that purpose!! If you’re going to do a “cleanse” you need fiber and healthy fats that come from REAL FOOD as well as protein to prevent muscle loss and STARVATION! 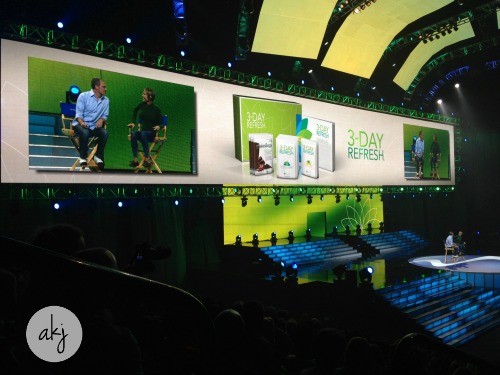 So Isabelle took the concept and made it SO much better with the 3-Day Refresh which includes the addition of a fiber supplement, protein shake, and REAL food in addition to your daily Shakeology. If the Ultimate Reset is a marathon, the 3-Day Refresh is a 5K! It’s not a liquid fast or a deprivation diet. The 3-Day Refresh is a kickstart to healthy eating habits and will help you make a clean break from not-so great eating habits. I just got my kit in the mail and am going to start it this weekend!! I’m also going to write up a separate post about the Refresh which goes into more details before I start so stay tuned for that. 🙂 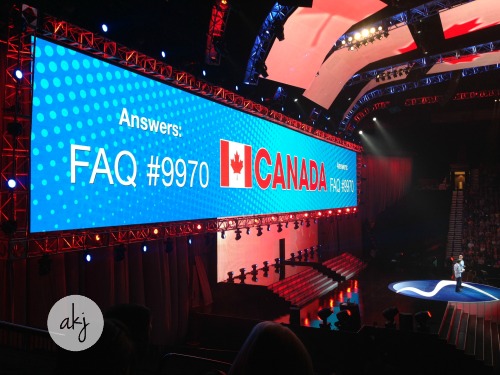 Team Beachbody is now officially in Canada! For those of you who may be confused…the coaching opportunity has been available to Canadians for a while now BUT they were being paid in U.S. funds up to this point. Now Canadian coaches are being paid in Canadian dollars which I’m sure is a lot more convenient for them!! 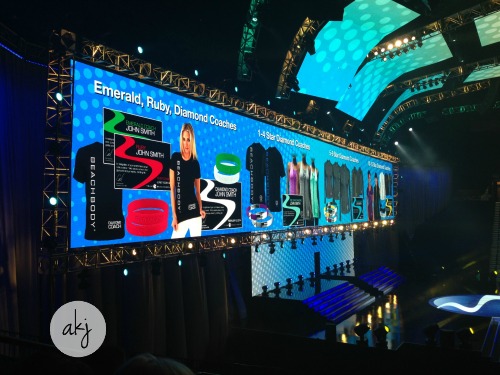 In the past if you rank advanced as a coach you would receive a nifty pin in the mail and a certificate. Not too shabby but starting in the Fall (or so) when you rank advance you’ll receive some pretty cool Team Beachbody swag including shirts, bracelets, and jackets. The type of swag you receive will vary depending on your rank. I’m looking forward to collecting lots of new Team Beachbody swag in the near future…that’s for sure!!

I kinda already let the cat outta the bag for this one 🙂 but next year Coach Summit will be in NASHVILLE! This is a relief because for the past three years Summit has taken place in Vegas and we could all use a break from that venue! The MGM Grand served us well for the past three years but we have definitely out grown the space. Nashville is going to be interesting as we’re all going to be spread out over many-many hotels in downtown. Also, the event is already pretty much sold out…I think something like 12000+ coaches registered in three days?!? I’ve gotten confirmation that tickets WILL be made available for new coaches who qualify for the Success Starters program and you can also get on the waiting list at http://www.coachsummit.com But WOW, I’m sure glad I registered when I did because I feel like I have a GOLDEN TICKET!!

And HEY…I also think this gives new coaches a great incentive to work for! You may not be able to buy yourself a ticket to Coach Summit 2015 but you can still EARN a ticket through the Success Starters program. I think that might be even better, don’t you think?!?

So I think that covers MOST of the major announcements that were made during the weekend (along with the official release of PiYO of course!!). Did I forget anything?? As a Beachbody coach or enthusiast which announcement are you excited about the MOST??