I have to say that one of the major deciding factors in my decision to eventually become a Beachbody coach was the fact that coaches receive a 25% discount on all Beachbody products. A few months ago this didn’t really excite me that much, but after doing my first round of P90X I sorta become addicted to the whole health craze scene. Next came Insanity, and I have to say I’m a little intrigued by Turbofire which comes out soon. Of course, when P90Next is eventually released I’m going to be like that lady in the television commercial standing outside the store with her face pressed up against the glass chanting, “Open, open, open . . .”

So yeah, that 25% discount really comes in handy when you add it all up. 🙂 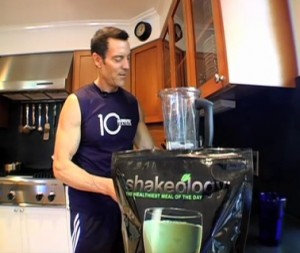 Anyway, you’d have to be living under a rock if you haven’t heard about Shakeology . . . which the majority of Beachbody coaches advertise as the 70-ingredient “miracle in a glass.” Now that I’m a Beachbody coach myself, it’s time to put this product to the test once and for all . . . I really wanna know, is Shakeology really as good as they say? Of course, the only way to know for sure is to try it out for myself.

I’ve been doing P90X Doubles for almost 150 days now, so I pretty much know by now how my body is going to respond to certain things that I eat. Pretty soon I’m going to incorporate Shakeology into my routine to see what happens. I haven’t decided yet where I’m going to add it in (breakfast, lunch, dinner, snack?) but I think it will depend largely on my schedule and the workout regimen for the day. I might end up changing it up from one day to the next.

If Shakeology can help me zap the last bit of jiggle that still insists on hanging out on top of my abs, I will be thoroughly impressed. I also finally took a few minutes to watch the famous “25 Doctors Don’t Lie” video which I posted below. Some of the doctors comments were kinda generic but I really liked what Doctor #2 Matthew Janssen had to say, for some reason I really identified with his reasoning.

I also didn’t know that Shakeology contains MSM which I’m kinda excited about, because this is a supplement I’ve been thinking about taking for a while . . . you can view all the nutritional information here: Chocolate and Greenberry. (still waiting for vanilla but rumor has it that might not ever happen . . . )