If you look at a bottle of SmartWater you’ll see it’s nothing more than distilled water with a few minerals added. Not only can you make this yourself at home for a lot less money, you can make something that’s a little healthier for you too!

We all know that drinking water is a MAJOR part of the health equation and distilled water is the purest form of water available. However, we also need to add essential minerals and electrolytes to our distilled water which is where the Himalayan salt comes in.

Unlike regular table salt which is heavily processed, Himalayan salt is minimally processed and contains up to 84 natural minerals and elements. Himalayan salt is even purer than sea salt which has become increasingly tainted by pollutants.  The elements found in Himalayan salt promote a stable pH, aid with the absorption of food particles through the digestive tract, regulate water content throughout the body, prevent muscle cramps, and help support cellular function. 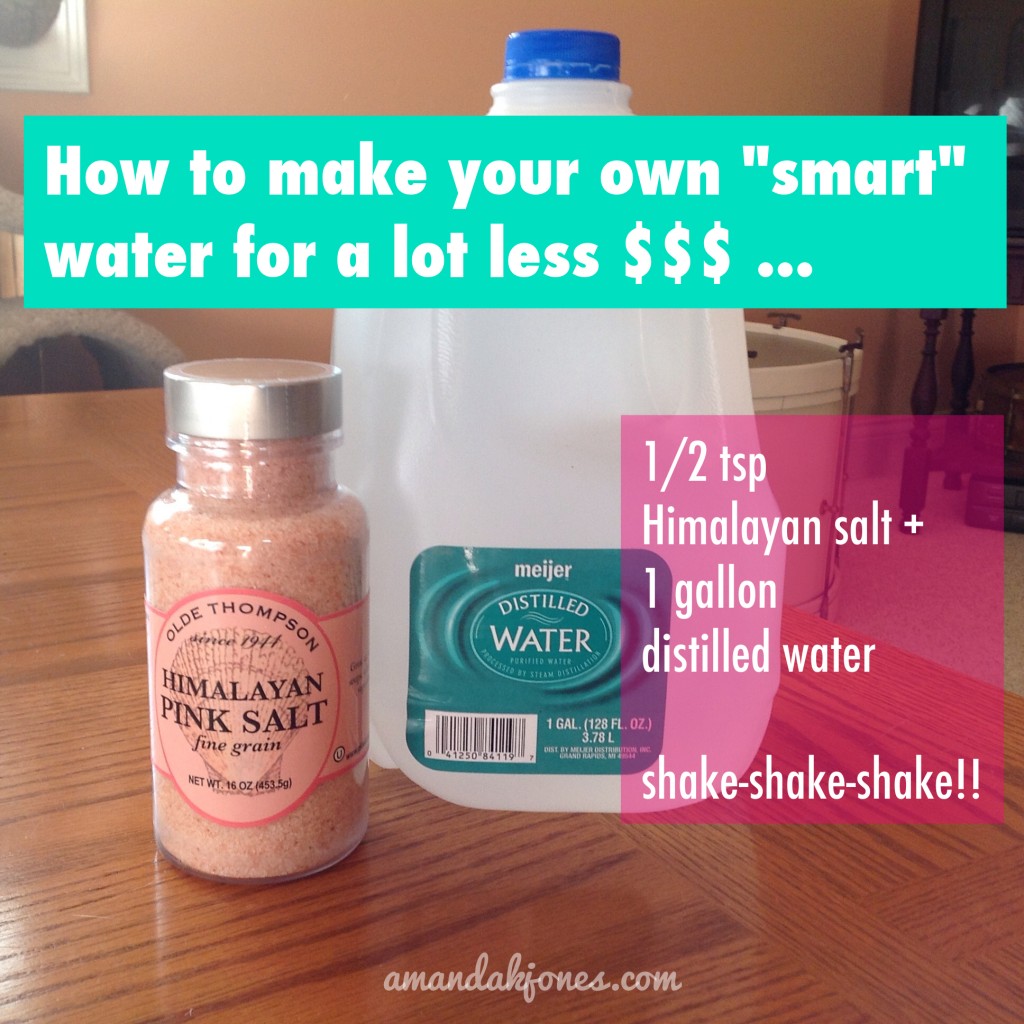 Not all grocery stores carry Himalayan salt on their shelves, but I was able to find some at Meijer which is a large grocery-store chain here in Michigan. If you can’t find it locally, you can order Himalayan salt online.

I also use Himalayan salt for cooking…it’s great! If you do the Beachbody Ultimate Reset you will also become more familiar with Himalayan salt as it is the same thing as the MINERALIZE supplement.

So, to make your own Smart Water all you need to do is add 1/2 teaspoon Himalayan salt to one gallon of distilled water and shake extremely well. That’s it!

To make sure you get enough water during the day, take your weight in pounds, divide by two, and drink that many ounces of water each day. For example, if you weigh 150 pounds, you’ll need to drink 75 oz. of water a day.

Also, try to drink 8-12 oz. water a few minutes BEFORE eating, instead of drinking during your meals. Drinking liquid during meals slows down your digestion considerably. In addition, drinking water before your meals curbs your appetite and you are less likely to overeat. If you chew your food slowly, not having a glass of liquid to wash it down won’t be a problem.

Give it a try and let me know what you think! 🙂